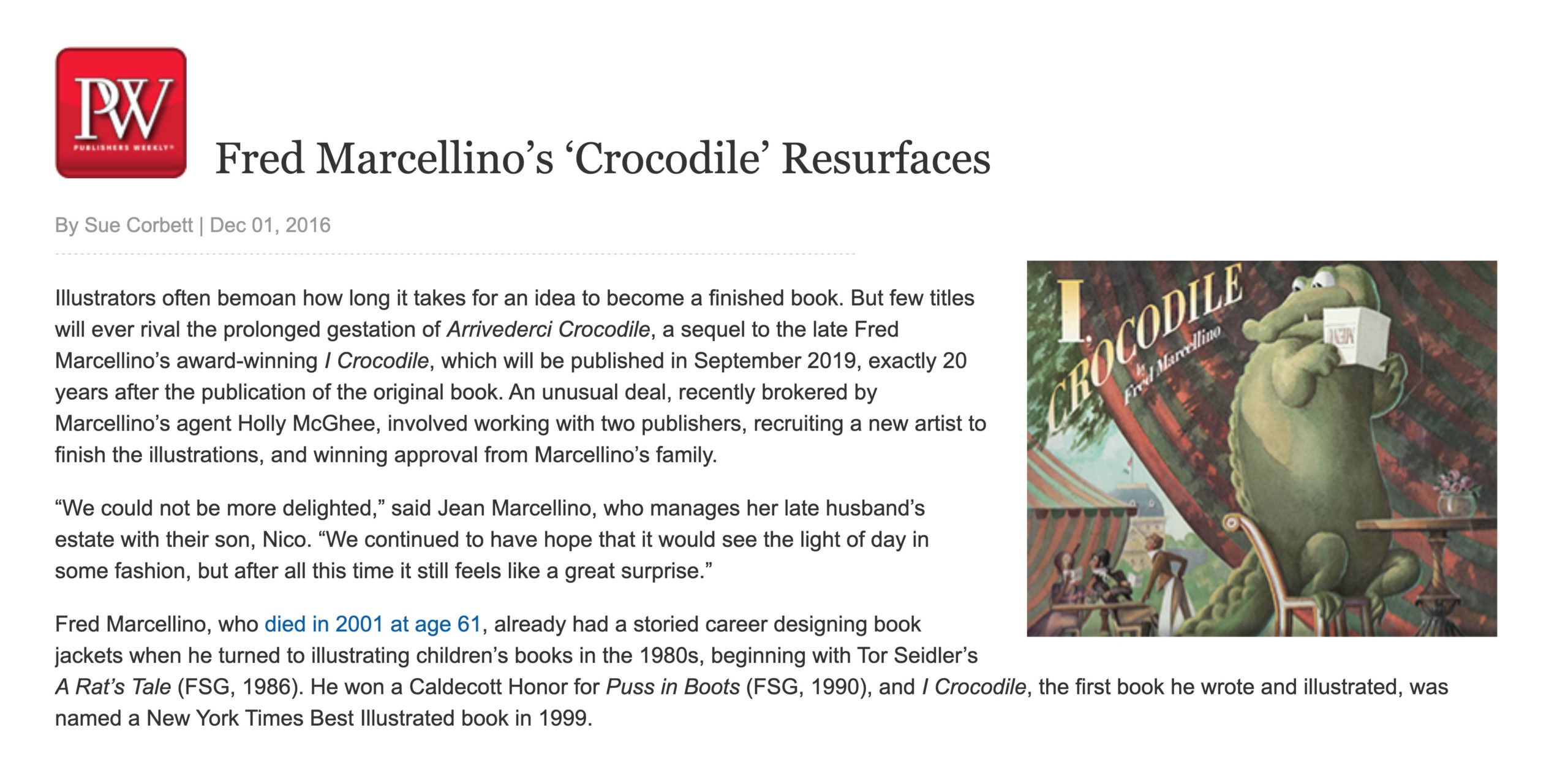 Illustrators often bemoan how long it takes for an idea to become a finished book. But few titles will ever rival the prolonged gestation of Arrivederci Crocodile, a sequel to the late Fred Marcellino’s award-winning I Crocodile, which will be published in September 2019, exactly 20 years after the publication of the original book. An unusual deal, recently brokered by Marcellino’s agent Holly McGhee, involved working with two publishers, recruiting a new artist to finish the illustrations, and winning approval from Marcellino’s family.

“We could not be more delighted,” said Jean Marcellino, who manages her late husband’s estate with their son, Nico. “We continued to have hope that it would see the light of day in some fashion, but after all this time it still feels like a great surprise.”